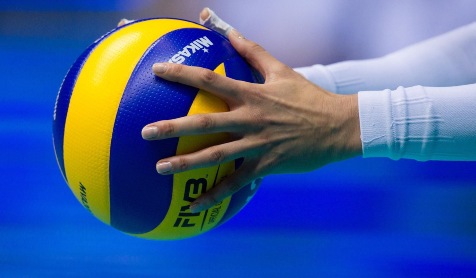 The MONDELIGHT stage welcomed volleyball great, Mr. Vince Mangulabnan, last October 21, 2019 to kickstart the school’s Intramurals Week. Vince addressed the whole school during the Monday assembly and shared his experiences and learning. Afterwards, he conducted demos and drills through a quick game with the KINGS Volleyball Varsity Team.

In his talk, Vince talked about his challenges as a student and later as a professional volleyball player. He stressed that discipline is absolutely necessary to be able to excel in the sport, and at the same time, balance his studies and social life.

Since 2004, Vince has proven himself in the sport winning awards after awards in national competitions (as Rookie of the Year, Best Setter, and Best Server to name a few). In 2017, he was Head Coach in the GCAA Cup bringing the Championship to both Men’s and Women’s Division. His latest accomplishment was as the Asst. Coach in the 2019 UAAP Ateneo Women’s Volleyball Team who emerged as this year’s Champion. Vince graduated from the National University in May 2019 with an Exemplary Leadership Award and the Athlete of the Year Award.

The exhibition game, together with the KINGS, was the most enjoyable part of the morning. Students were entertained and wowed by the skills and prowess demonstrated by the athletes. Click on the link to catch a glimpse of that morning’s event – “Volleyball Great Inspires SSISM Students”.

MonDelight (short for Monday Delight) is a venue in Stonyhurst Southville International School to showcase talents – may it be in the performing, arts, or education – in the aim of inspiring students to be the best that they could be.