AWARD-GIVING BODIES GIVE RECOGNITION TO THE KINGS

AWARD-GIVING BODIES GIVE RECOGNITION TO THE KINGS 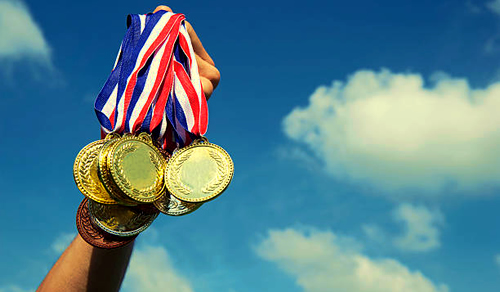 This month of March has truly been a March to Excellence as various organizations recognize our students who have shown grit and brilliance in Math and Science. SSIS Malarayat received invitations from NEDA’s Regional Development Council, Department of Education and the Department of Technology for three prestigious Awards Ceremony.

Last March 14, 2019, the Calabarzon Regional Development Council gave recognition to Gadriel Symone Dalangin for bringing honor to the Calabarzon region granting him the RDC Champion Award. Syd is one of the three Lipenos who was awarded during the ceremony.

On March 18, 2019, the Department of Education conducted the first-ever awarding ceremony dubbed as “A Toast to Student’s Excellence”. This event is a manifestation of the government’s recognition of the embodiment, dynamism, vibrancy and the winning spirits of our Filipino youths. Six of our students from SSISM were conferred with the Student Excellence Award by the Department of Education:

Irish Pasco Balahadia
Gadriel Symone Dalangin
Jomer Wilson Lee
Keisha Sophia Mission
Aidan Gilles Rosita
MIachel Gerard Tongson
The third award-giving body to recognize the KINGS is the Department of Science and Technology through the Youth Excellence in Science (YES) Awards, which is a recognition system for young achievers in international science and mathematics competition. Held in University of the Philippines, Los Banos on March 22, 2019, here are the awardees of one of the most coveted awards: